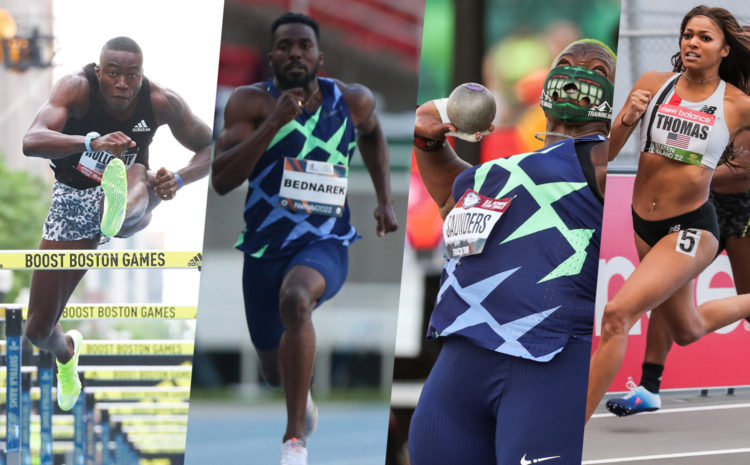 A new gold-level stop on World Athletics’ Continental Tour Gold, the USATF New York Grand Prix will take place at Icahn Stadium on Randalls Island in New York City on Sunday, June 12. Tickets for the event on are now on sale at https://www.usatf.org/tickets.

The reigning world champion and 2021 Olympic silver medalist in the 110m hurdles, Holloway is coming off a flawless indoor season that saw him equal his own world record and capture the world indoor title in the 60m hurdles. Holloway is also the second-fastest man in history in the 110m hurdles, having run 12.81 at last year’s U.S. Olympic Trials – 0.01 shy off the world record.

Another US Trials champion confirmed to compete in New York is sprinter Gabby Thomas. She won the US title over 200m last year in 21.61, making her the third-fastest woman in history. Thomas went on to win the Olympic bronze medal in the 200m and silver as the anchor of Team USATF’s 4x100m relay at the Tokyo Olympics. Last week, Thomas won the 200m at the Doha leg of the Wanda Diamond League in a world-leading time of 21.98.

Leading the men’s 200m line-up is Kenny Bednarek. He took the silver medal in the 200m at last year’s Olympic Games in a lifetime best of 19.68 and capped off his 2021 season with a victory at the Diamond League final in Zurich in 19.70.

Headlining the women’s shot put field is Raven Saunders. Saunders was the runner-up at last year’s US Olympic Trials and captured the silver medal in the shot put at the Tokyo Olympics. Her lifetime best of 19.96m/65’5.0” makes her the fifth-farthest shot putter in U.S. history.

Teenage sprint-sensation Erriyon Knighton will clash with previously announced Noah Lyles in the men’s 100m. Knighton’s rise to the top levels of sprinting has been nothing short of meteoric: at 17, he finished fourth in the final of the 200m at last year’s Olympic Games. Last month, Knighton ran an incredible 19.49 for 200m, demolishing his own world under-20 record in the event and making him the fourth-fastest man in history.

About the Randalls Island Park Alliance

The Randall’s Island Park Alliance (RIPA), founded in 1992, is a public-private partnership with the NYC Department of Parks & Recreation that seeks to realize the unique potential of 330 waterfront parkland acres anchoring Manhattan, the Bronx, and Queens. RIPA works with the City and local communities to provide an innovative and exciting destination through a wide range of sports venues, cultural events, and environmental exploration. As the dedicated steward of Randall’s Island Park, the Alliance sustains, maintains, develops and programs the Park to support the well-being of all New Yorkers.The Park offers miles of waterfront pathways, almost nine acres of wetlands, an urban farm, Icahn Stadium – an International Association of Athletics Federations (IAAF) Class 1 certified running track with a 400-meter Mondo Super X Surface – a golf center, a 20-court tennis center, and over 60 new playing fields, as well as the Harlem River Event Site. For more information, please visit randallsisland.org.

USA Track & Field (USATF) is the national governing body for track and field, long-distance running, and race walking in the United States. USATF encompasses the world’s oldest organized sports, some of the most-watched events of Olympic broadcasts, the country’s No. 1 high school and junior high school participatory sport and more than 30 million adult runners in the United States. For more information on USATF, visit www.usatf.org.