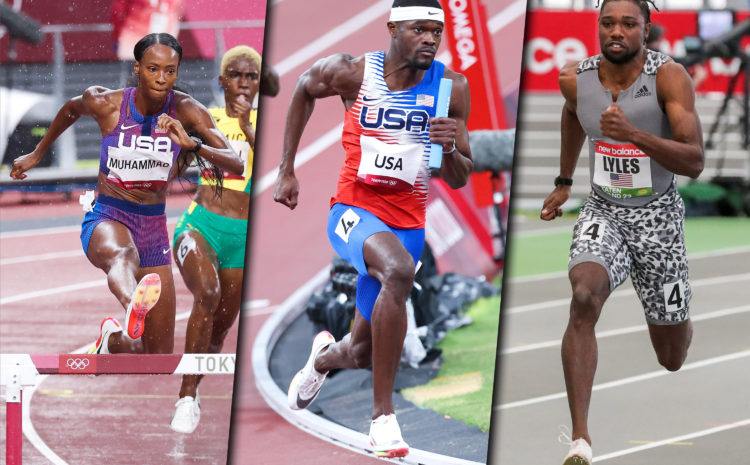 A new stop on World Athletics’ Continental Tour Gold, the New York Grand Prix will take place at Icahn Stadium on Randalls Island in New York City on Sunday, June 12. Tickets for the event are now on sale at http://nygp.globalathletics.com/.

A native of Jamaica, Queens in New York, Muhammad is the 2016 Olympic Champion in the 400m hurdles as well as the reigning world champion, a title she won at the 2019 World Championships in Doha, Qatar in a then-world record of 52.16. Muhammad set her current lifetime best of 51.58 in her silver medal-winning run at the 2021 Olympic Games in Tokyo, making her the second-fastest woman over 400m hurdles in history.

Another reigning world champion set to race in New York is Noah Lyles. Lyles won golds at the 2019 World Championships in the 200m and as the anchor of Team USA’s 4x100m relay team. At last year’s Olympic Games, Lyles won the bronze medal in the 200m and ended the 2021 season with the fastest time in the world at 200m for the fourth straight year.

Headlining the men’s 400m hurdles will be Rai Benjamin. Benjamin, a native of nearby Mt. Vernon, New York, is the current Olympic and World Championships silver medalist in the 400m hurdles. Benjamin’s time in last year’s Olympic 400m hurdles final of 46.17 set a new American record and made him the second-fastest man in history. Benjamin also won gold medals at the 2019 World Championships and 2021 Olympic Games as the anchor of the USA’s 4x400m relay squad.

About the Randalls Island Park Alliance

The Randall’s Island Park Alliance (RIPA), founded in 1992, is a public-private partnership with the NYC Department of Parks & Recreation that seeks to realize the unique potential of 330 waterfront parkland acres anchoring Manhattan, the Bronx, and Queens. RIPA works with the City and local communities to provide an innovative and exciting destination through a wide range of sports venues, cultural events, and environmental exploration. As the dedicated steward of Randall’s Island Park, the Alliance sustains, maintains, develops and programs the Park to support the well-being of all New Yorkers.The Park offers miles of waterfront pathways, almost nine acres of wetlands, an urban farm, Icahn Stadium – an International Association of Athletics Federations (IAAF) Class 1 certified running track with a 400-meter Mondo Super X Surface – a golf center, a 20-court tennis center, and over 60 new playing fields, as well as the Harlem River Event Site. For more information, please visit randallsisland.org.